(picture is from our Murder Mystery party! read more about it below)

We have been having so much fun this summer! Jake gets off work earlier (because of his part time schedule), so we have so much time to hang out together during the week! Here’s a snapshot of some of the things we did this past week, once Jake got home from work:

The biggest highlight of our week was the Murder Mystery Party we hosted! There was a surprising amount of prep work for the game. Cindy spent all week printing out character info sheets and stuffing them into envelopes. Cindy’s friend helped Cindy decide on the menu and came over on Friday to help make some of the food. The game we chose was called “Lei’d to Rest”, so we spent all of Friday night decorating our place to make it ‘Luau themed’. 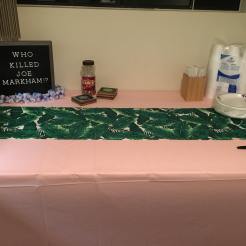 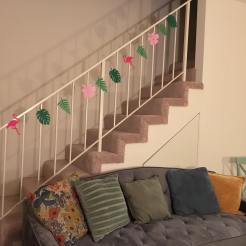 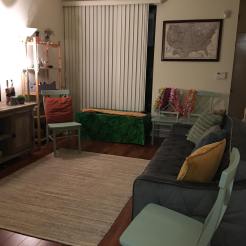 The actual game was so much fun! We had a handful of our close friends wandering around our small apartment trying to figure out who the murderer was. This was our first time hosting any sort of party (that wasn’t a wedding) and we think it turned out great! We had so much fun, and as always, wished we had more time to hang out with everyone. 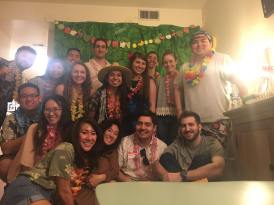 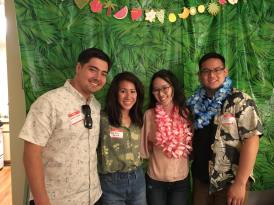 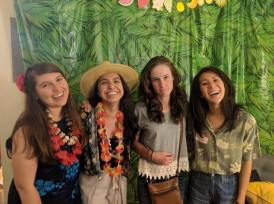 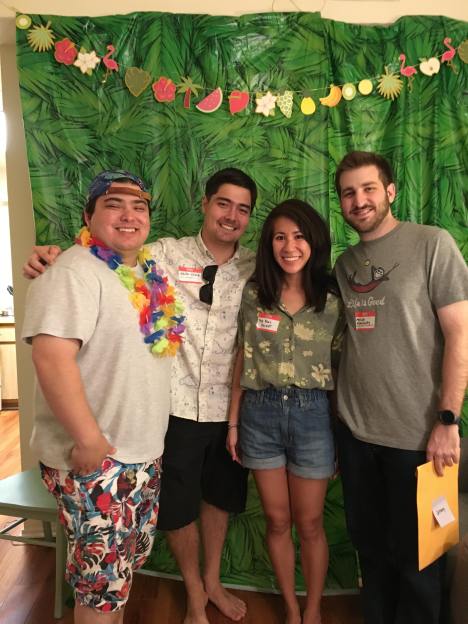