This past week was Jake’s birthday! Cindy wanted crab for Jake’s birthday, so we went to the Boiling Crab. Good thing Jake loves crab. Otherwise, that would have been a not very enjoyable meal…

It was soooOOOOoooOOOoo delicious! We had so much that we can probably do without crab for like the next 2 years. 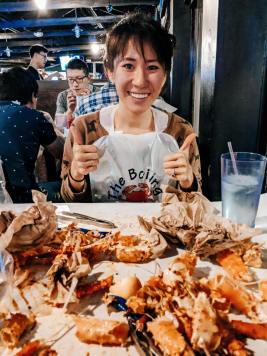 Also… instead of cake this year, we went with Jake’s favorite– Hostess powdered donettes!

Other Things That Happened This Week:

We ran 14.5 miles! This is the furthest distance either of us has ever run. We kept quoting Sam from The Lord of the Rings, “this is the farthest from the Shire I’ve ever been” lol. And it was also the most excruciating run we’ve ever done. Our knees! Cindy keeps wondering how she’ll be able to run a marathon if 14.5 was painful. Going along with the LOTR quotes, near the end of our run we kept joking that we’ll carry each other like how Sam carried Frodo. 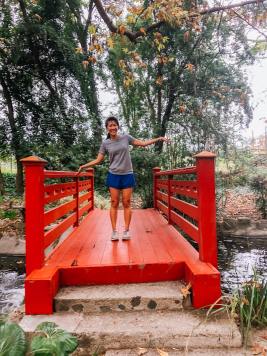 Part of our run took us through the Los Angeles VA. A lot of the buildings in the LA VA are pretty old. It was a bit empty because it was a Saturday, so it was a little eerie running through the empty VA grounds. At one point, we got a little turned around (because the LA VA IS HUGE) and stumbled upon a secret little garden! It was a nice side adventure. 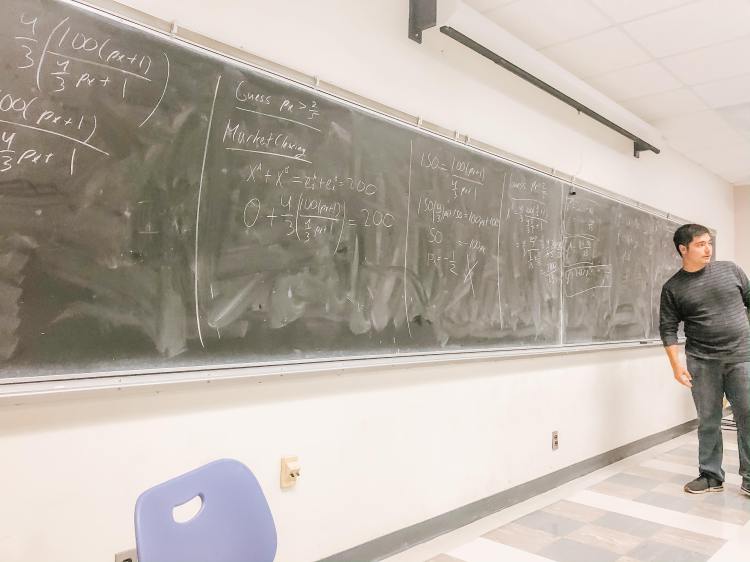 Jake graded finals almost all week. We’ve heard a lot stories about how dreadful it is to grade as a TA, but we didn’t fully understand the experience until now. He thinks its one of the most unbearable tasks he’s ever had to do and he wishes to not ever do it again. (but he probably will lol). Jake was only responsible for grading one quarter of the test, but since it was all free response it took a very long time. He shared that one of the challenges was trying to keep a consistent grading rubric through 300 tests. Once he established his rubric, he had to stick with it no matter what. Now he gets why everyone wants to TA the class with multiple choice tests– grading is quick and easy. Anyways, he’s done with grading!

Cindy took her mom to watch The Nutcracker by the Los Angles Ballet at UCLA. She’s happy she was able to share that experience with her mom. After the ballet, the two of them wandered around Rodeo Drive and took in all the holiday decor. (and had some Sprinkles cupcakes!) She had a lot of fun spending time with her mom. In the evening, Jake, along with Cindy’s dad and sister, met up with Cindy and her mom for some dinner.

And that was our week!

Also, the sky at dawn was so beautiful this particular morning.