We’re about 7 weeks away from race day for the LA marathon! Our weeks are practically defined by our running schedule now. It’s getting harder to motivate ourselves to run throughout the the week because the “shorter” 3-5 mile runs seem like they don’t really add much to our training when compared our long runs. But we’re trying to keep at it!

We ran 16 miles this Saturday in about 2:21. We both feel like we performed really well this run! Our last 16 mile run destroyed us, so we did things a little differently this time. First of all, we ran earlier in the day (7:30a). It was really hard to wake up, but we realize it is worth it because we were done with our run by the time it started to warm up outside. More importantly, we brought a water bottle and gel packets. And WHAT A DIFFERENCE hydrating and fueling during a run makes! We probably sound like noobs, but the run was 100X easier and not miserable at all.

Anyways, enough about our running life. Other things that we did this week… 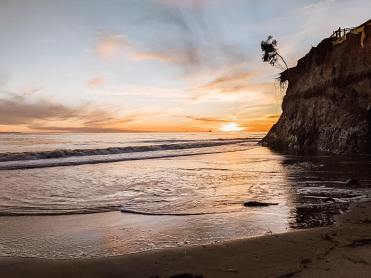 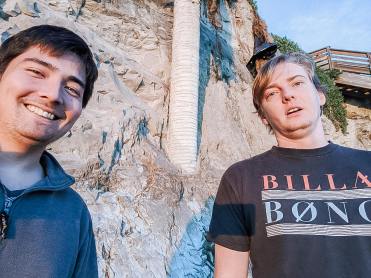 On Saturday, Jake made a day trip out to visit his brother and his brother’s girlfriend, a friend from UCSB, and his parents! It was a long day of driving for him and in some ways it felt like he was on a quest…a quest to hang out with his friend and family. It was really nice having lunch with his brother, catching up with his friend, and spending some quality time with his parents. 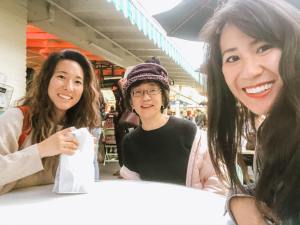 As for Cindy, she hung out with her mom and sister on Sunday. They spent the day eating their way from Pasadena to LA. The three of them went to high tea, then had some chocolate covered apples at The Grove, ate some ramen at a restaurant near our apartment, and ended the day with some charcoal ice cream. It was SO MUCH EATING, but a lovely time. 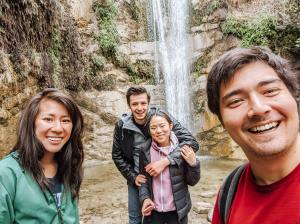 And finally, we went hiking to Trail Canyon Falls with our friends from Jake’s program. Our legs were a little sore still from our long run. But the hike was fun and the waterfall was beautiful. After our hike, we feasted at a Chinese Buffet. We both agree, buffets really make profits off of people like Cindy because she eats small portions of all the “cheap” stuff. 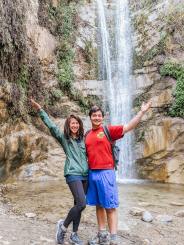 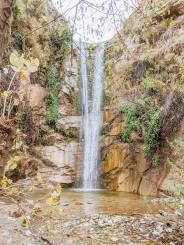 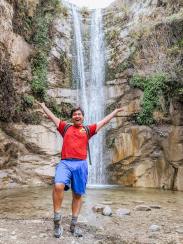 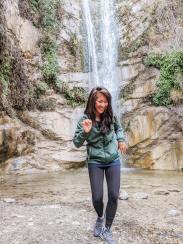 And that’s our week!!