What a week! It’s been packed with lots of busyness at work (for Cindy), wrapping up projects before school starts (for Jake), and hanging out with our friends and family. We’re exhausted, but also grateful for the busyness because it means we are blessed.

We celebrated momma and poppa Wang’s birthday this past weekend with some Taiwanese steak and shaved ice! We had such a great time just talking and hearing stories about their past– like how they met and what it was like when they first moved here, to the United States. 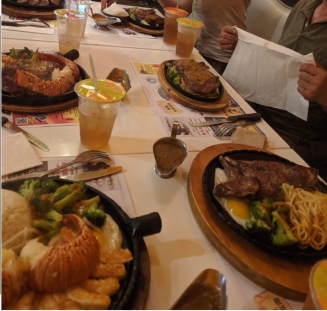 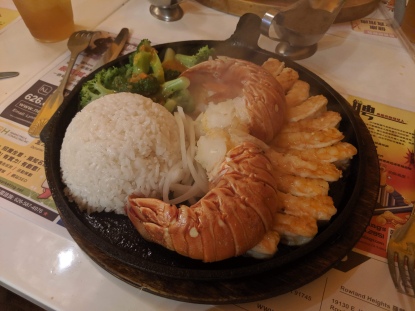 We also hung out and had dinner with a few friends from Bible study. We went to this Italian restaurant in Marina Del Rey called C&O Cucina. And they have the BEST garlic knots. And Cindy is in love with their lemon fettuccini (she LOVES anything lemon flavored). We will definitely be going back for date nights.

We also helped Cindy’s sister and her sister’s boyfriend move in to their new apartment. We mentioned in a previous post that they are moving into our neighborhood and we’re super excited. They have been slowly moving in all week. One of the days, they hit us up for an impromptu Pokémon Go raid (to catch Mewtwo). We won the raid, but only Cindy’s sister’s boyfriend caught the Mewtwo. Anyways, it’s pretty cool that we’re just a few minutes walk from each other now!

Sunday after church, we hung out with Jake’s mom! This was probably the first time it was just the 3 of us and it was nice! We visited a random museum, fed some goats and sheep, and had lunch. With four boys, there’s usually a lot going on whenever we go visit Jake’s family, so we don’t always get a lot of time to just sit and talk with Jake’s parents. It’s always nice to spend that one on one time.

And we end with the biggest highlight of our week– running 10 miles! It was a spur of the moment decision, so we’re pretty impressed with ourselves that we were able to do it! We rewarded ourselves with boba afterwards haha.

That’s a summary of our week!