Nothing much happened this week besides prepping for our upcoming trip, so we’re doing a guinea pig update! Prepare for a photo dump. 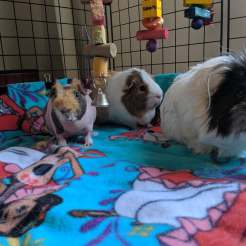 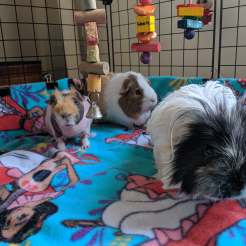 All three guineas are happy (we think) and healthy (we think). They’re still a lot of maintenance. They’re still not potty trained. And they still don’t recognize who we are, except when we have veggies. Fun fact, they can hear the fridge opening downstairs and when they do they start squeaking because they think it means we’re coming upstairs with some goodies for them. 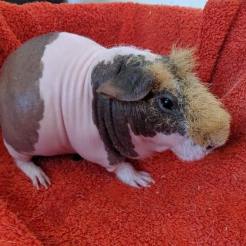 Rufus (the hairless one): He’s still the alpha male, which is surprising considering he’s very vulnerable with no hair, and he weighs the least. He hangs out with Marcus a lot, but the relationship is mostly a bully/victim one. Even though Rufus bullies Marcus a lot, we’re pretty sure they’re bffs. Rufus has started running laps around the cage at night and it’s pretty cute. 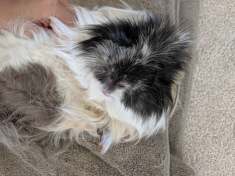 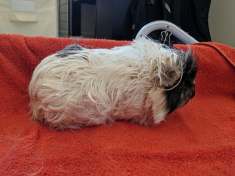 Oliver (the hairiest one): He’s the chillest guinea. We always find him laying in the most random places with his little feet sprawled out. Sometimes, we catch him laying his head on the food bowl while he chews his food. 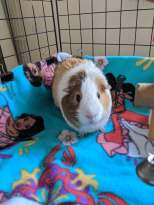 Marcus (the normal looking one): He’s the most skiddish. There’s not much to say about him besides he’s always getting bullied by Rufus. 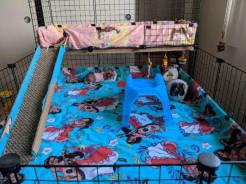