This past Monday was Memorial Day. One of Jake’s friends from high school, Dan Ceco, shared the following. It moved us deeply and gave us goosebumps. We wanted to share it:

“Today we observe Memorial Day. I don’t think this holiday is a political matter, to those who shame people for barbecuing and going to the beach or what have you. I think the concept of today is very simple. Today we honor the men and women who sacrificed their lives to protect the American way of life. In order to properly honor them, I have only one proposition:

Be an American worth dying for.”

On Monday, we hung out with a couple from Jake’s PhD program. Jake has been “third wheeling” them for a few weeks now and wanted Cindy to finally meet some of his friends from his program.

Cindy was a little nervous to meet Jake’s friends because they all do math without numbers and talk about things like moral hazard and optimal contracting. She was scared she wouldn’t have anything substantial to contribute to the conversation. But as soon as she met them, her nerves went away. They were so much fun to hang out with and conversation flowed easily! She even threw in some marginal utility jokes (which is just about all the Econ she knows).

We explored a fun, hippie-like trail near Wattle’s Park in Hollywood, walked around Hollywood Blvd, and came back to our apartment for dinner and board games. It was Jake’s first time in Hollywood and he was…underwhelmed. We were joking that Jake often comes across as unimpressed, except when it comes to equations and Econ theories. Those are what gets him really excited. 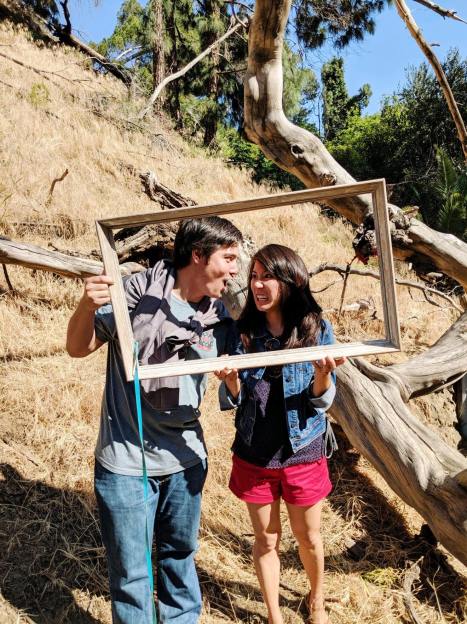 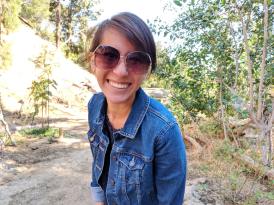 All in all, we both had a great time hanging out with Jake’s friends and can’t wait for more double dates.

A few other things from this past week:

Jake has a man cold. He swears he has the super bug.

Cindy is warming up for her summer vacation by making lots of plans! This past week, she had dinner with her dad, got churros with a friend from bible study, and hung out with an old college roommate. 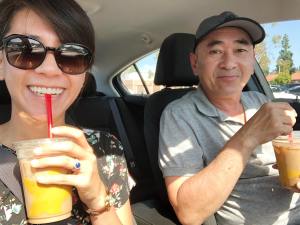 We visited Cindy’s friend, from her Chinese School days, and his girlfriend. They live in Downtown LA and it was so cool experience resort style living/DTLA vibes for a couple of hours. It was also nice to catch up!

We watched Pokemon Detective Pikachu and splurged on fancy popcorn, with our gift card.