The biggest highlight of this week was….. 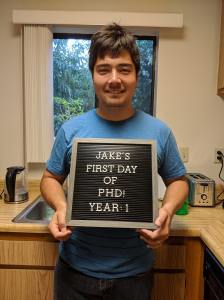 ….Jake officially starting his PhD program in Economics at UCLA!!!! He started school on Thursday, and even though he’s only had 2 days of class so far, there already is a lot of content. But he’s excited! For the first time, he feels challenged! Jake has also been commenting on a weird feeling of deja vu, being around UCLA again. He keeps describing to Cindy how it has changed so much since we’ve left, but at the same time, it’s all still the same.

The second biggest highlight was…..Jake finding out he passed math camp!!! This means he doesn’t have to take an extra math course this next quarter. One less class, means less work, and less stress for Jake. For Cindy, one less class means more time to spend with Jake lol. We’re both pretty happy.

Other things that happened this week… 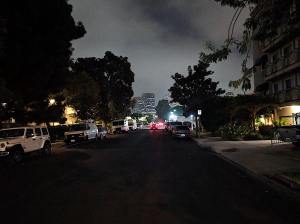 We took a night stroll through the neighborhood on Friday night. We had been watching Netflix and Hulu shows all night and all that screen time was starting to make us feel weird. We take Los Angeles for granted sometimes, with all the traffic and people and smog. Our little night stroll gave us more appreciation for this dazzling city. 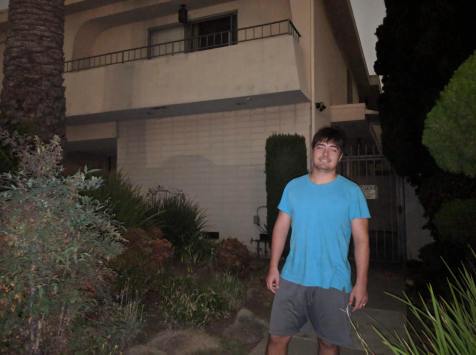 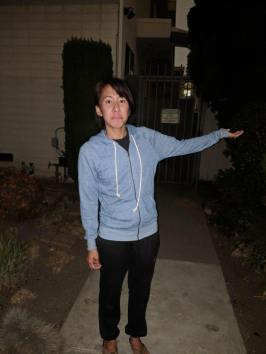 We also strolled past our old apartment complex, which is scheduled to be demolished soon. When we get the chance, we like to walk by our old neighborhood to see if the building is still there. As you can see, it’s still here….all abandoned and haunted looking. 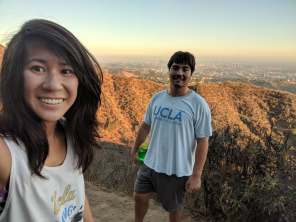 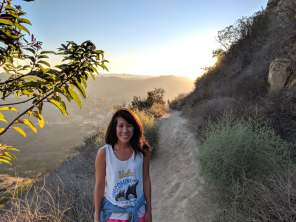 Saturday, we spent all day working. Cindy worked on a report for work, and Jake worked on Intrepid Insight stuff. By the end of the day, we were feeling a little cooped up, so we  decided to go on a hike! We did a sunset hike up the Hollywood Hills to the Wisdom Tree. The hike was a bit steep, but the tremendous view of Los Angeles all along the way was worth it. Not even Jake’s Google Pixel pictures can do this place justice. We normally hate going towards Hollywood because it’s always so crowded, but it’s like this trail is a local secret. We were able to enjoy this very touristy scene of Los Angeles without the crowds and hassle of finding parking. We definitely recommend this hike–especially during sunset! 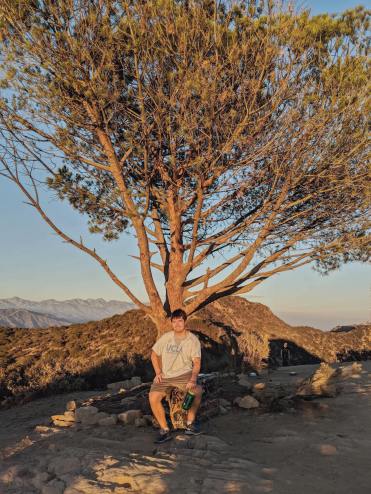 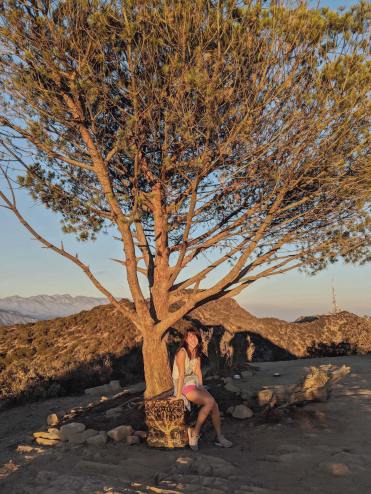 And lastly, Sunday, we went to Cindy’s parent’s house to celebrate Poppa W’s birthday. It was some nice, quality family time. We played a game of poker with Cindy’s sister and her sister’s boyfriend. Cindy lost all her money within the first 15 minutes because she bet too much too fast, so she had to buy in again. But she ended up winning every last chip by the end of the night. Her secret: play so irrationally that no one knows what you’re doing. 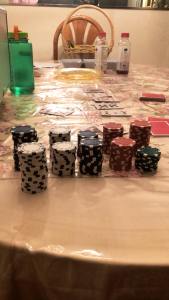 AND THAT’S WEEK 51 OF MARRIAGE!

Sometimes I feel like there’s an influencer trapped in Jake’s body... #chasingwaterfalls #liveyourbestlife
Wore this red lip a few weeks ago. And felt very bold 😏
A very LA hike 🤎
Us and the guinea babies 🎄🎄🎄 (our guinea babies are probably middle aged now)
A day out with mom 💖
Happy birthday Jake! I love you and I guess you can say I’m happy you were born. If you have 81 more birthdays, then you can live to see the turn of the century! That’s pretty cool.
Saw a bunch of people posing like this, so we decided to give it a try. Also we got so much free lululemon!! 😍
HELLO! And happy Friday
“Jake let’s be colorful today!” (from a couple of weeks ago) 🥰