(polaroid films are just like life. there are no retakes.)

We got back from our “Presidential Road Trip” (Los Angeles to Mount Rushmore) on Friday and man are we glad to be home! We had such a blast on our trip, but were starting to miss hot showers, real beds, and non-dehydrated food near the end.

This trip meant so many things to us. It was week 2 & 3 of “24/7 Life“. It is our last big ‘hoorah’ before Jake starts his PhD program next month. And it is the highlight of our summer.

Below, we share some of our favorite and most memorable moments, some of which couldn’t be captured with pictures.

We found this steal of a deal on Expedia to stay at the Circus Circus. But when we got to our hotel, we found out why the deal was such a steal. We stayed at the Manor (which is located a little away from the main hotel and casino). The floors were sticky, the lights were dim, and we could hear our neighbor’s TV blaring through the walls all night. We learned that sometimes quality is worth the extra money.

Albion Basin is SO BEAUTIFUL. It is Jake’s second favorite day of the trip (keep reading to find out which was his first favorite day!) 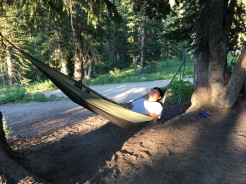 We were both really excited to be in Bar Nunn because… it’s name makes it the best place ever bar none! Anyway, that night we camped through a wind & rain storm, full of thunder and lightening. Little did we know that was only a small taste of the inclement weather we’d be camping through for the rest of our trip.

This day is Cindy’s favorite because we went to Mount Rushmore! She got all the feels when she first saw George Washington’s head, when we were driving up the winding mountain roads to the actual park. She almost started happy crying when she saw Mount Rushmore with her own eyeballs. Jake was pretty awestruck too. Seeing this monument in real life is such an experience of a lifetime and we would definitely recommend it. 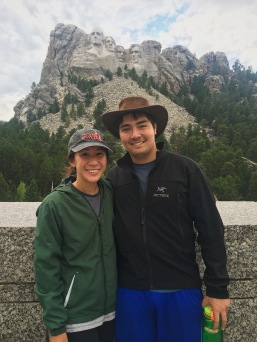 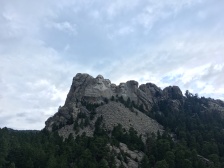 Caving was such an exhilarating experience. It was so fun to crawl through all the small crawl spaces. Cindy did learn she is afraid of being underground though. At one point during the tour, the guide had us turn off our lights and sit in the dark for 2 minutes. She started to panic and it almost escalated to a panic attack but was able to talk herself down by thinking about butterflies.

On both the nights we camped in South Dakota, there were huge thunderstorms all night long (it was a little scary because we could see the lightening bolts not too far away from where we were). We learned our tent can handle California rain but it was not ready for South Dakota rain. The insides of our tent had puddles and water was seeping through.

This was the day Cindy realized the majority of states in the United States are red (Republican) states. She had a mini melt down because she felt like her understanding of the world had been false and flipped upside down.  Also, we learned hitchhikers are real. We drove by 3 on this day. And lastly, Jake had some good talks with our Airbnb host. We found out he is a Christian and ended spending our evening talking about Christ and our faith. So interesting how despite living in polar opposite states, politically speaking, the fundamentals of our faiths are the same. No matter where you are in the world, the truth of the Gospel is the same. 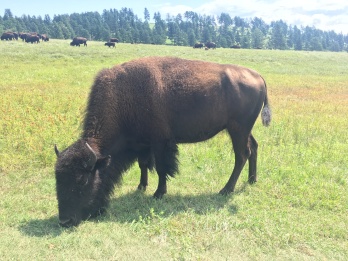 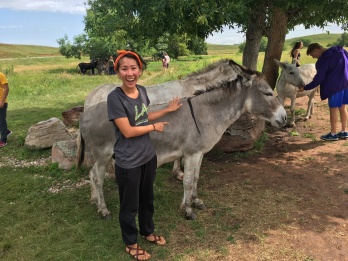 We hadn’t planned on going to Yellowstone. But when another guest at our Airbnb found out how close we were camping that night to Yellowstone, she convinced us to at least drive through. And we are so glad she did! We ended up making a day in Yellowstone. Jake was sooo excited to see all the volcanic formations and geysers. Cindy, on the other hand, is still more impressed with the man-made Mount Rushmore monument than the natural geysers.

That night, we camped in skeeter country. (so many mosquitoes) 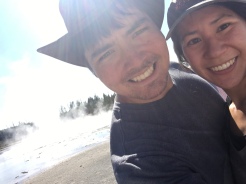 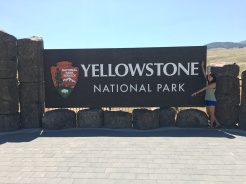 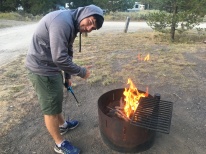 Day 8: Yellowstone to Craters of the Moon National Park, Idaho

Cindy had sworn off caving after the wild caving tour. But Craters of the Moon is all about caving. Needless to say, we went in more caves. The pinnacle of all caves was a cave called Boy Scout Cave (very fitting that this was Jake’s highlight of the day). Boy Scout Cave was below 40 degrees inside even though it was 90 degrees outside. It was so cold, there was ice along some of the walls. And we got to see volcanic lava that was cooled in strange ways. 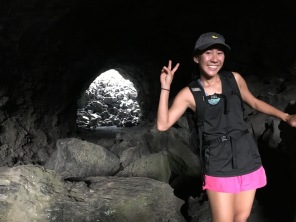 This was another eye-opening day for Cindy. She learned a lot about the Mormon religion. She was itching to visit all the museums all day in order to understand more.

Also despite smelling terrible (because we hadn’t showered since Billings, Montana), we went to watch Eighth Grade in theaters with our MoviePasses. It was hilarious and painfully relatable.

That evening, we attempted to camp at Stansbury Island near Salt Lake City. It was so remote, quiet, and beautiful. But it was too windy and we couldn’t keep our tent up so we had to go find a motel last minute. Jake was a little relieved because it felt like someone could murder us out there and no one would ever know. 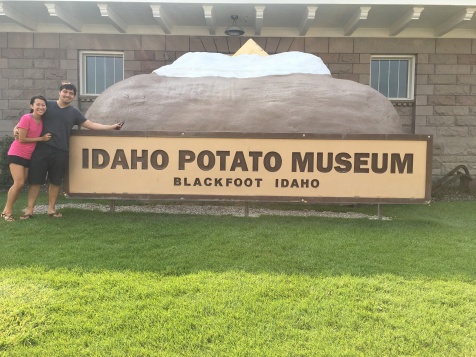 Coming from South Dakota, where we were both wearing jackets, we weren’t prepared for the Nevada heat. We were planning on camping in the Valley of Fire. But reality (aka 110 degree weather) slapped us in the face and we went to a hotel.

Cindy loves Arcade games and Jake loves the Black Jack machines. And that’s how we split our time. 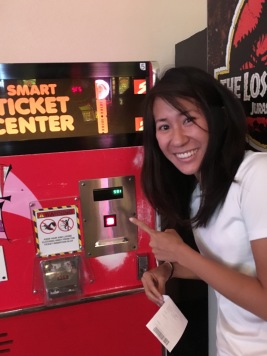 We were racing against our drive home to finish our Audiobook.  We finished the book just in time!

Other noteworthy parts of our trip: Audiobooks make long drives more entertaining, Cindy drove maybe 4 of the 45 hours, and Jake got pulled over but only got a warning (highways in other states go from 80 mph to 35 and back to 80 so quickly!)

This trip has been so much fun, chock full of wonderful memories and inside jokes. We are so happy!