Hi everyone! We’re back from our honeymoon! And we must say…we’re bummed that it’s over and it’s back to the normal grind (well… maybe just Cindy is bummed…Jake tends to enjoy vacations and the normal grind equally)

Our honeymoon to Mo’orea was definitely one of the most exotic, beautiful, dreamy, adventurous trips we’ve ever taken together. We stayed in an over-water bungalow, and we took full advantage of its incredible location! Every night, we sat out on our deck and listened to the ocean and watched fish swim around. It was so unbelievable to wake up every morning for 5 days to a beautiful view of the ocean (…and some kayakers paddling by). Most every day we were there, at 1:00 to 2:00 in the afternoon, we sat out on our shaded deck and had a cup of coffee while we read our books. Jake was sunburned by Day 2, so we didn’t want to be out under direct sunlight during the hottest time of the day. A couple of the days, we walked to the local mini market and bought some local fruit juice and wafers to eat and drink while out on the deck. Our afternoons were so relaxing, easy going, and slow paced…which was nice! It was nice to not have a list of to-do’s, appointments, errands, etc. We had no where to be and nothing important to do.

There were also so many cool adventurous things we did. In the late afternoon, after reading our book, we would put on our reef shoes and snorkeling gear, hop off our dock, and go snorkeling around the resort. It was so cool to be able to go in the water whenever we wanted! We didn’t have to walk anywhere. All we had to do was jump in! One of the days, as we were sitting on the dock, Cindy spotted a Stonefish!! It’s one of Jake’s favorite fishes. The Stonefish is extremely poisonous and extremely rare to spot.  So of course Jake jumped into the water and followed it around for a bit. That was definitely a once in a lifetime experience.

We also had an activity planned for each day we were there. The first day, we had a “dolphin encounter.” We actually touched a dolphin!!! We even kissed the dolphin!!!! We also saw the dolphin’s belly button area…hehehe. That whole thing was pretty cool. The second day, we went jet skiing. That was scary. It was our first time driving one. Well…Jake drove… and Cindy sat on the back. It was like being cool people on a motorcycle…except we were on a jet ski…on the ocean. A couple of times Cindy thought she was going to fly off the back because of how jerky Jake was maneuvering. The views of the mountains and of the island were so beautiful from the jet ski. Everything was so so green and lush. On the third day, we went on a guided ATV tour of the island. We both agree this was our least favorite activity. We thought we were going to be going crazy on those ATVs. Instead we were basically driving at like 5 miles an hour…through the island. We did encounter an 83-year-old Chinese Polynesian driving a tractor to the pineapple fields, where he still works! That was cool. The last planned activity, on the last full day, was definitely both our favorites. We went swimming… with reef sharks and sting rays!!!! LIKE WE WERE IN THE WATER WITH THEM AND TOUCHED THEM!!!! The sting rays swam right up to us because they wanted food, so it was easy to pet them. The sharks were very hard to try to touch. We had to wait until one was distracted with trying to eat some fish, then try to sneak up behind it, and then touch it. We both got to touch one! Both times, the shark bolted away. Surprisingly, the shark felt very rough and scaly. Jake fed one of the sting rays too! For a quick second he thought he lost one of his fingers because the sting ray sucked and chomped on it along with the fish. Luckily, it was only in his imagination, and he left with only a small scrape. 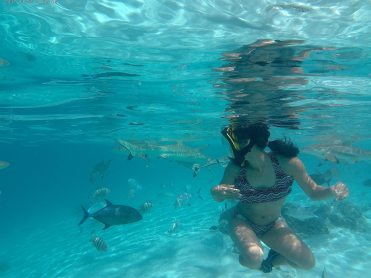 This trip was definitely the trip of a lifetime! Literally…because it’s so crazy expensive. We joked that only millionaires can afford a trip like this. Because food on the island is like a million dollars per plate. Just kidding… but pretty expensive. On the last night, for dinner, we splurged on a virgin cocktail. We thought we were so cool. Cindy’s favorite meal was the pizza she had…because there were bananas on it. Jake’s favorite meal was the grilled octopus. 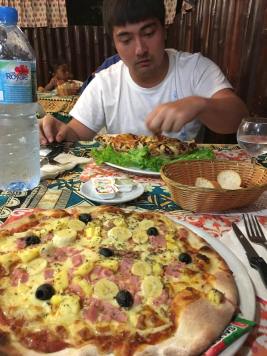 In all seriousness, this trip would not have been possible without the generosity of all our friends and family, who contributed to our honey-fund. We want to thank you all so so much! This was the perfect way for us to celebrate our marriage together (and it was well worth waiting six months after our wedding to go!)

In addition to having tons of fun and loads of quality time together, we also learned a lot about Mo’orea and French Polynesia. Before our honeymoon, we were telling everyone we were going to Tahiti…thinking it was basically the same thing. That was like telling everyone you’re going to Los Angeles when you’re really going to San Francisco. Mo’orea is it’s own island in French Polynesia. Because it’s a French territory, the main language spoken is French (obvi). One of their main agricultural products is pineapple. They have fields and fields of pineapples. But they don’t export any of it! 60% of the pineapples on Mo’orea are sent to this one juice factory for juice making, and the other 40% are sent to all the hotels in French Polynesia. So interesting!

One blog post can’t even dive deep enough into how amazing our time in Mo’orea was. (snorkeling pun 100% intended) But this was just a sweet, quick snapshot.

We’re back now… and have been crazy busy. We got back Friday morning and Friday afternoon, we were moving in to our new place. And that’s what we’ve been doing ever since. We’re really getting a good arm and leg workout with all the stuff we have to carry up and down the stairs! We’ve got so many big transitions and changes ahead of us and we can’t wait to go through them together!!

More pictures from our honeymoon below! 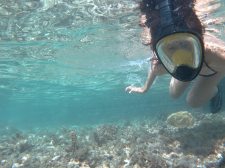 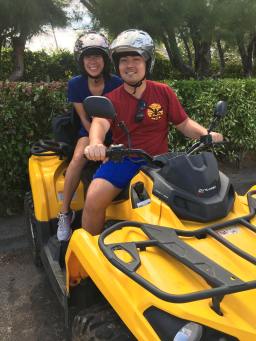 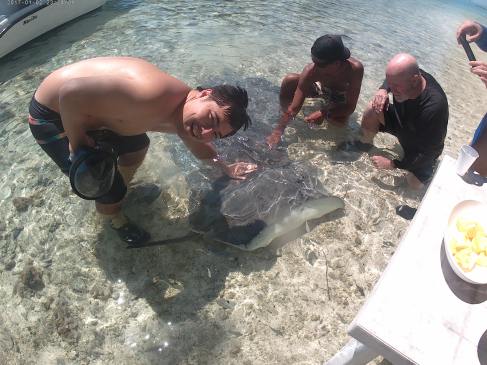 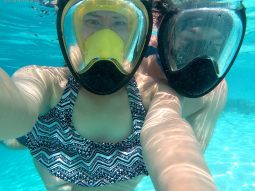 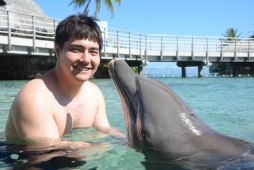 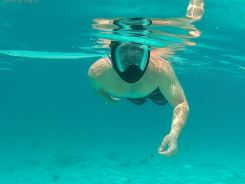 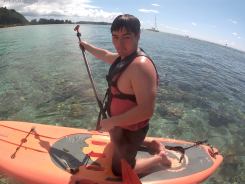 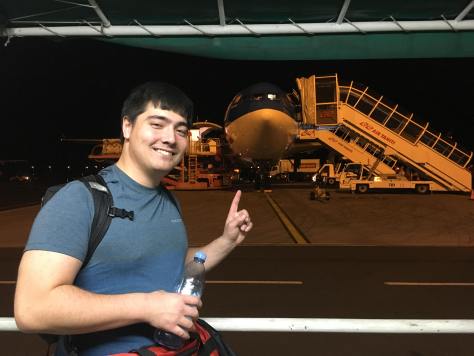 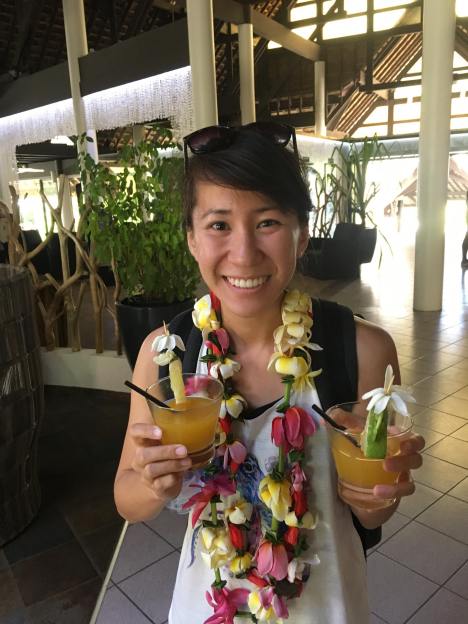